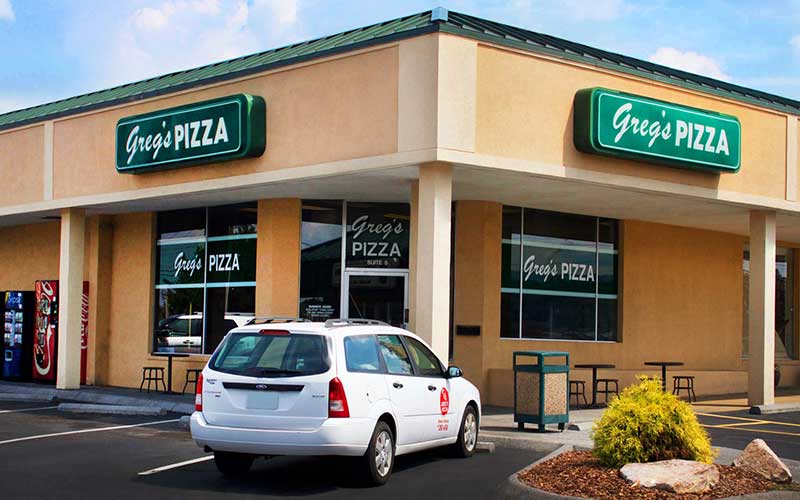 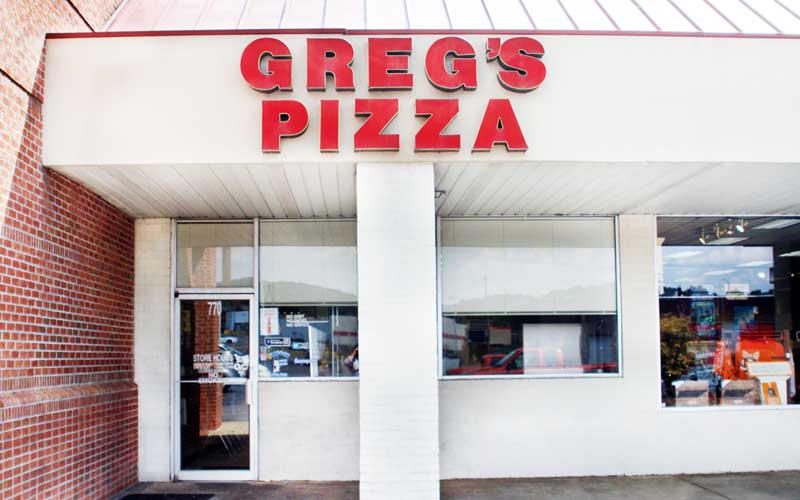 Locally owned and operated, Greg’s Pizza has locations in Johnson City and Elizabethton, TN serving the best pizza, spaghetti, and Italian subs in the Tri-Cities for over 50 years!

Call ahead and we will have your pizza ready for pick-up! Need to wait to eat?  No problem!  We will create your custom pizza to cook at home. We cater! 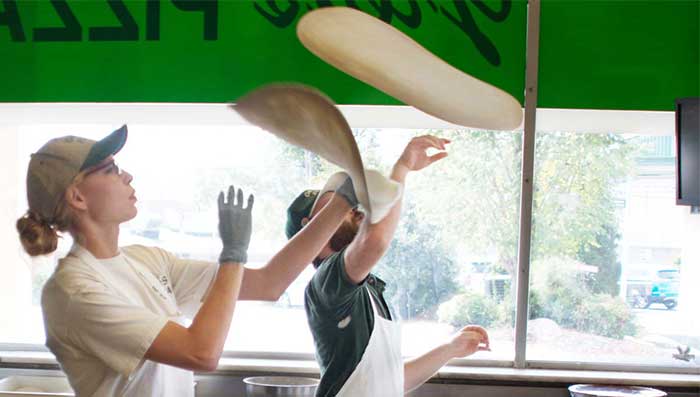 Greg’s Pizza of Johnson City and Elizabethton has been serving the BEST pizza in the Tri-Cities for 50 years! Fresh ingredients with MOUNDS OF GOURMET CHEESE are the hallmark of Greg’s Pizza. Each pizza is made to order with our own made from scratch dough, special sauce recipe and gourmet cheese. Just ask anyone who has been in Johnson City or Elizabethton who has the best pizza… the answer is always, Greg’s Pizza!

As featured on Hometown East Tennessee. Watch the video to learn more about Greg's Pizza in Johnson City, TN.

We went to Elkhart, Indiana to visit the founding father of Greg's Pizza, Greg Campanello's, original three Volcano Pizza stores. We also met with the Campanello family for Dinner two nights. Greg's grandson and his wife, Aaron and Aimee Schade, hosted both Dinners. Greg's son, Fritz, his wife, Michelle, his grandson, Aaron, and their family shared the history and photographs of Greg's. Fritz, current owner of Volcano Pizza, and the District Manager - Justin Eymer showed us their store operations.

We had a great time learning the history of Greg's Pizza. The Campanellos were great hosts! Thanks to all of you for a wonderful time in Elkhart. Thank you, Brad Fissel, for making this possible. 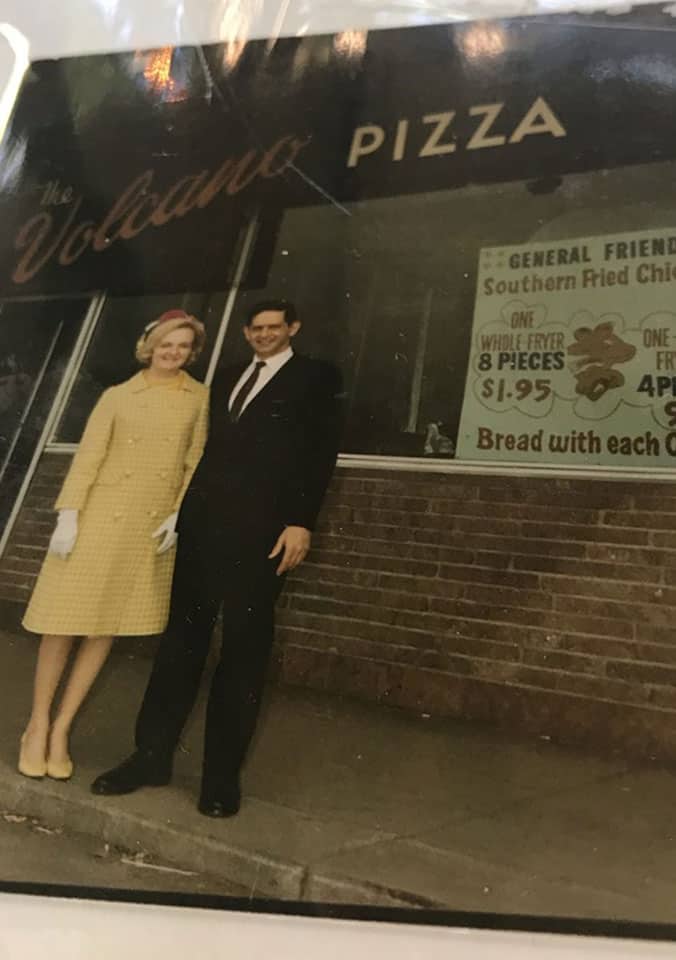 Greg and Patty Campanello in front of one of the Volcano Pizza stores. 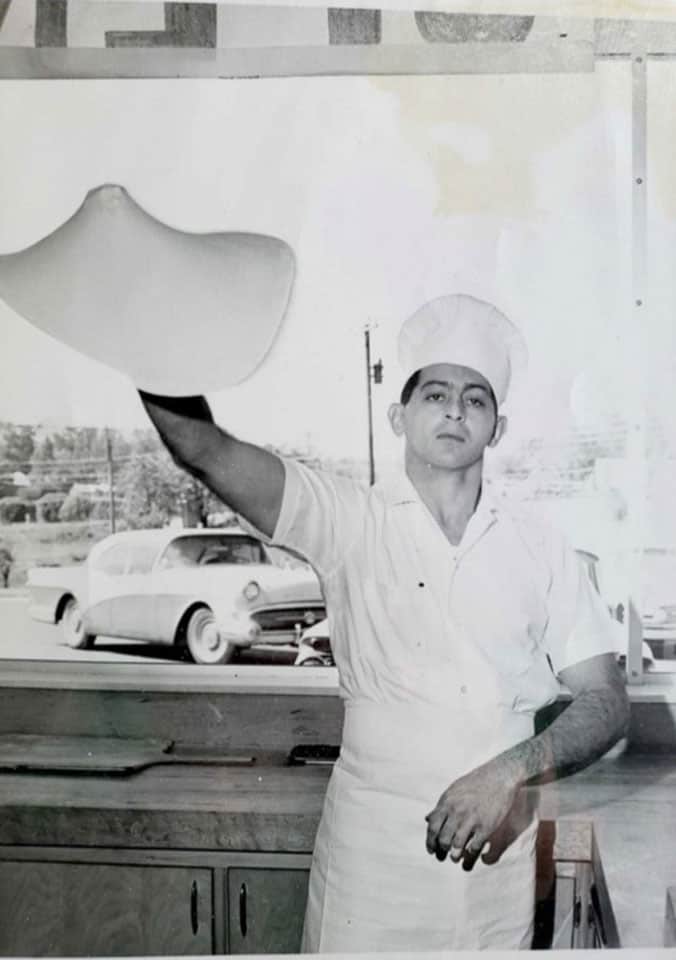 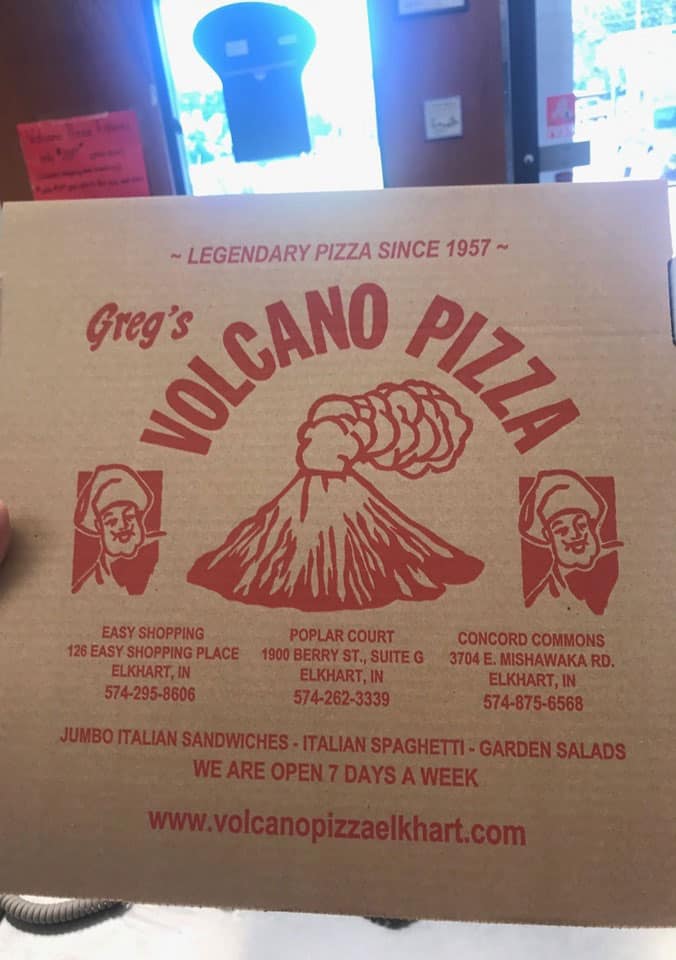 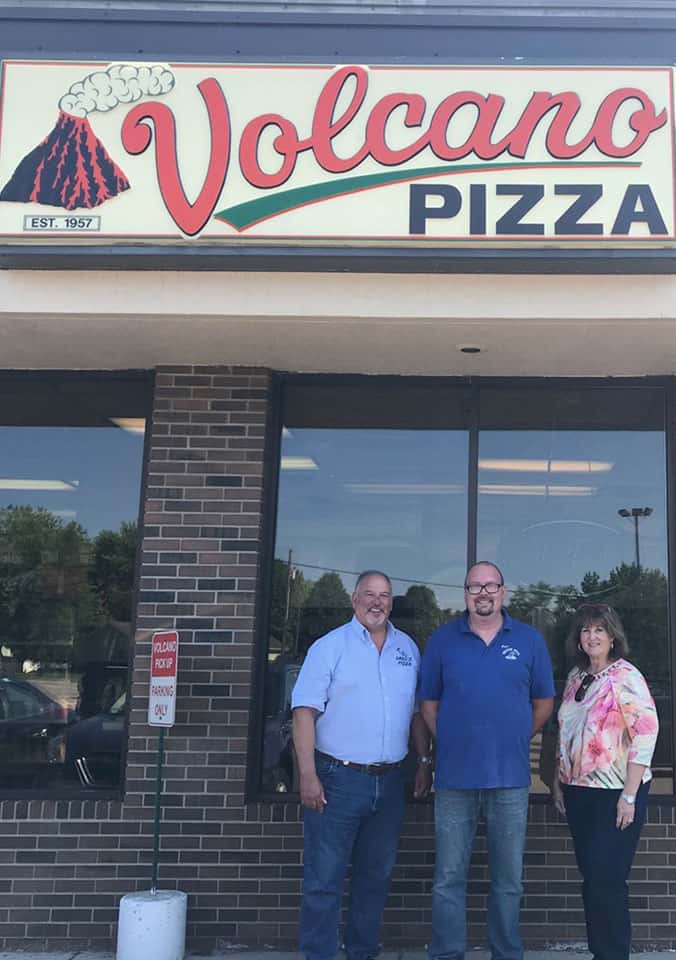 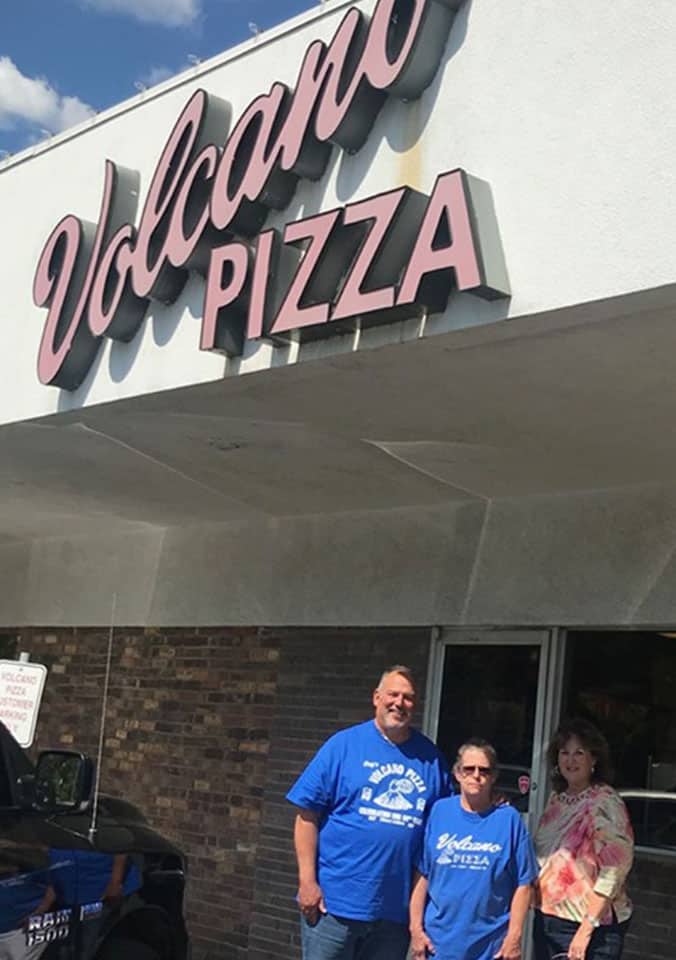 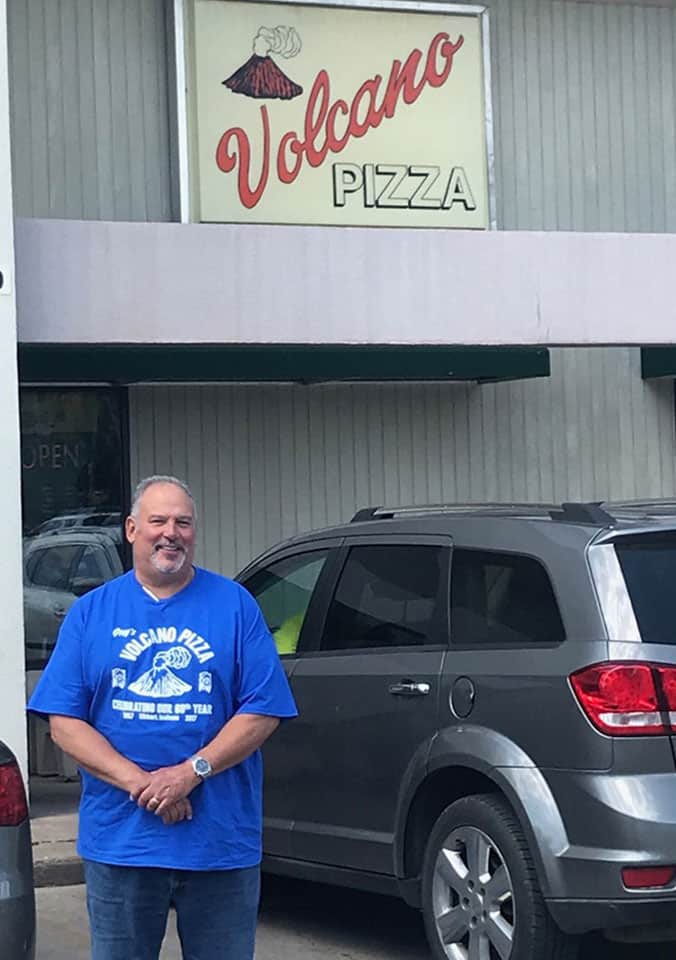 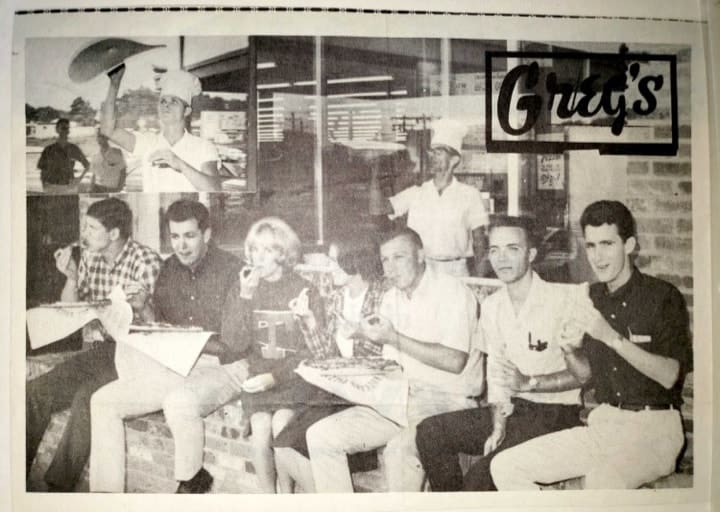 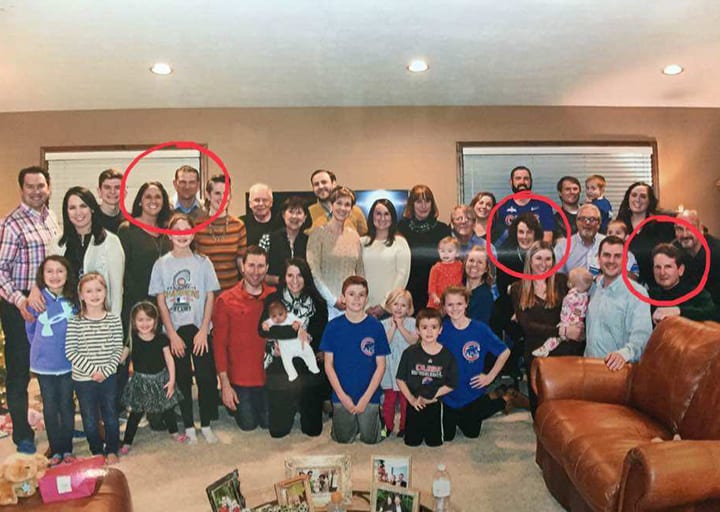 "The Campanello Family at Christmas 2016: Greg's son - Fritz, is circled on the far right, Fritz's wife - Michelle is to his left, and Greg's grandson - Aaron Schade and Aaron's wife - Aimee are circled to the left of Michelle. Fritz and Aaron were very helpful and instrumental in making our trip to visit Volcano Pizza in Elkhart a tremendous success."

WHY WE STAND OUT

Greg’s Pizza has been a local favorite since 1963. Our unique pizza features toppings sure to please the local residents of Johnson City and Elizabethton, TN. We prepare each of our ingredients in our kitchen to ensure freshness, including our sauce, sausage, meatballs, and hamburger.

You can tell a Greg’s pizza from other pizzas because we put our toppings underneath a big mound of cheese. We also cut our pizza in strips, not slices. Plus, we’re home to the delicious “Volcano” pizza with everything on it.

If you want to branch out from pizza, we offer many other delicious menu items, including Italian subs, spaghetti, buffalo style wings, salads, and desserts.

Visit either our Johnson City or our Elizabethton location today. You can also call ahead, and we’ll have your pizza ready when you arrive. 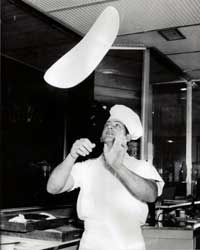 Greg’s Pizza of Johnson City was founded by Greg Campanello of Elkhart, Indiana.  Greg had worked for the original “Volcano Pizza” located in Elkhart before purchasing the business.  After his purchase of the business, he added his name and it became known as “Greg’s Volcano Pizza”.  To this day, there are still three Greg’s Volcano Pizza located in Elkhart, Indiana.  In 1963, Greg opened up the his first pizza parlor in Johnson City on Broyles Drive which he simply named, “Greg’s Pizza”.

The name “Volcano Pizza”, which is still on the Greg’s Pizza boxes, is the original “Everything Pizza”. 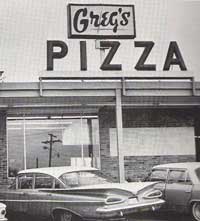 Greg had a favorite pizza which had pepperoni, sausage, green peppers, mushroom and cheese toppings.  This pizza he named after himself- “Greg’s Special” and gave it a special price point which is continued to this day.

Greg’s Pizza is still locally owned and operated by East Tennessee folks that know the importance of traditions and exceeding the expectations of their customers! 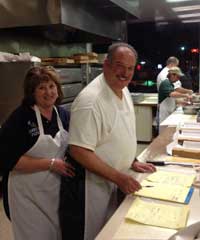 Please see our Facebook pages for the latest job openings!

Please speak with a manager in-store to inquire about and apply for any open positions. No phone calls, please. Thank you. 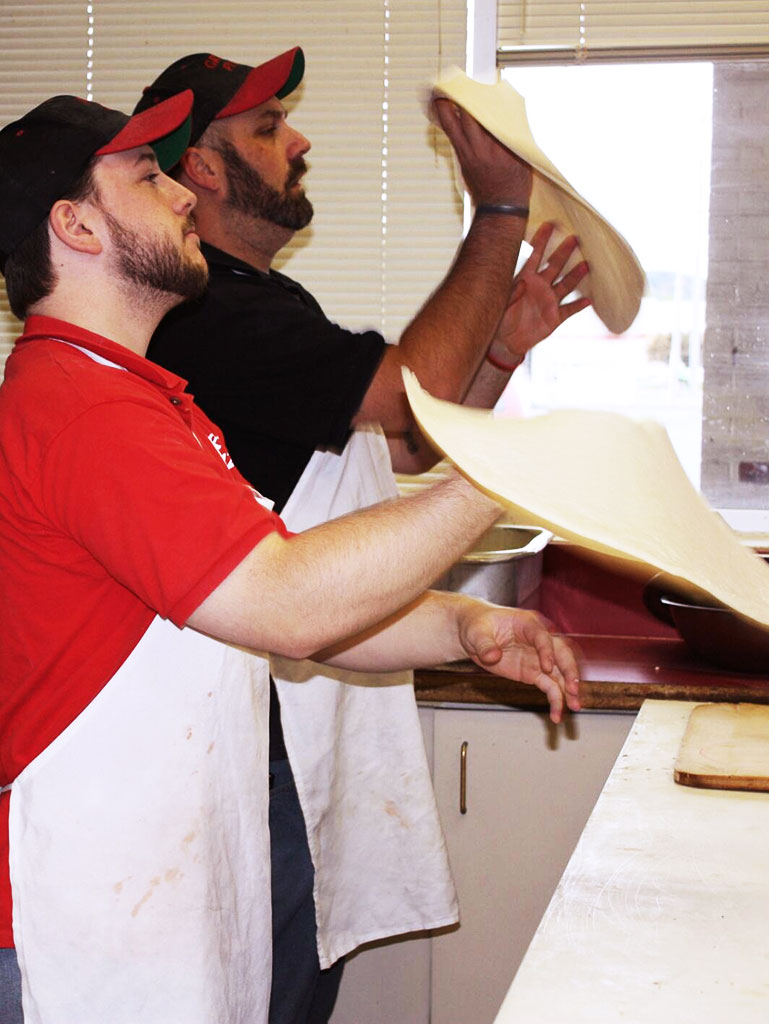 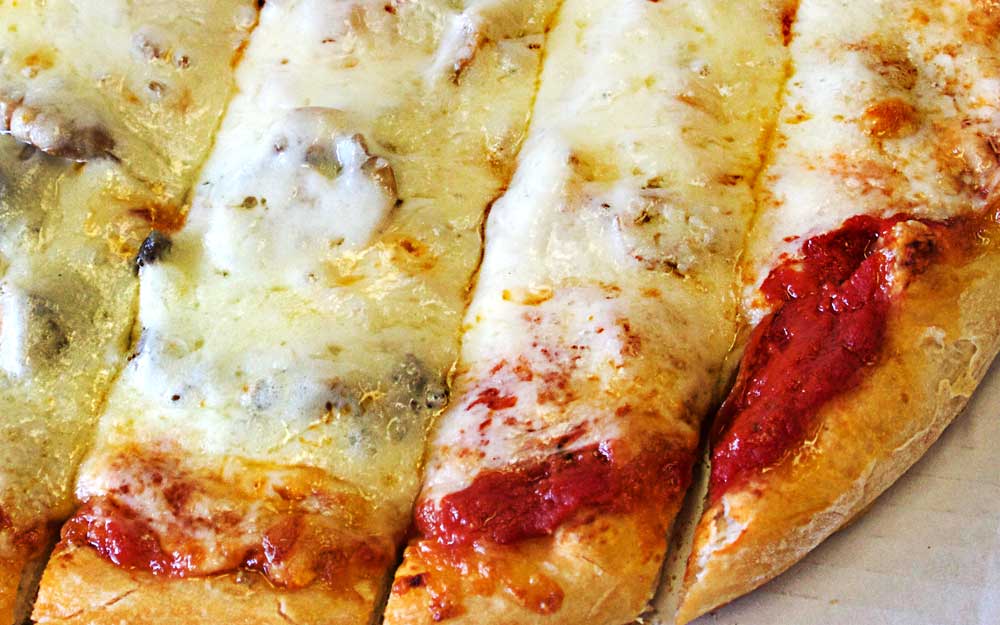 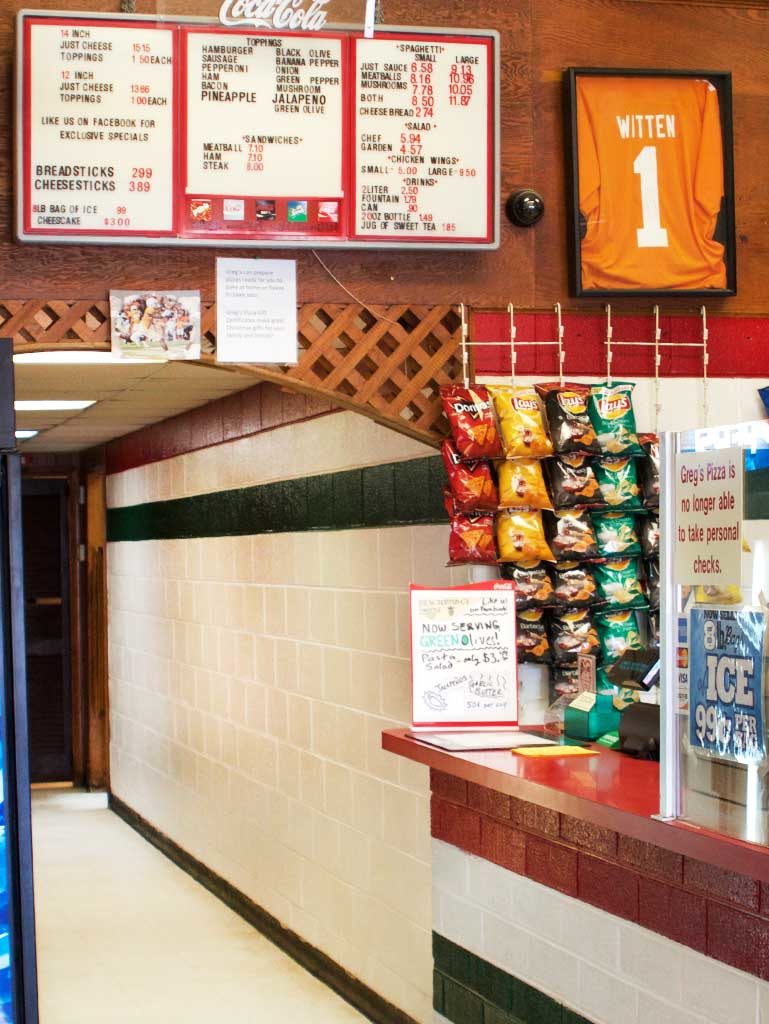